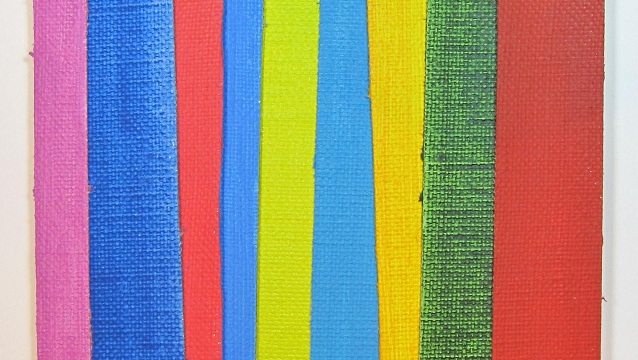 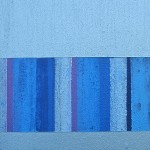 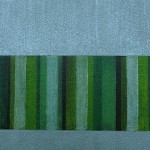 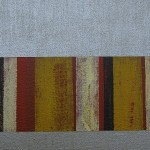 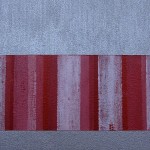 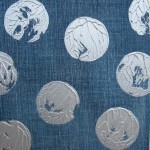 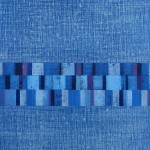 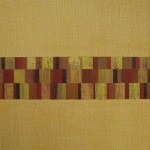 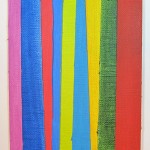 Based on the concept of a “color code,” this collection demonstrates a thorough understanding of the multitude of
perceivable hues, and is an expression of “diversity.” In order to successfully become a globalized society, people
must learn to accept variety and diversity. This does not at all require people to dispose of their identities as such,
but rather to be more conscious of the rest of the world, and to cultivate their sense of acceptance of others. These
pieces are not about losing the colors and space that make people who they are, but rather it hopes for a more
complete awareness of what diversity means.
Besides the considered selection and arrangement of the colors present in these pieces, there are places where
colors blur and the background is worn, giving them an accidental quality. The pieces are made by first painting
acrylic on balsa, a wood with a particularly scattered grain, and then pressing that against canvas, in the style of
woodcuts. Then the canvas itself is painted with acrylic, which is then filed down using sand paper to create a
damaged texture.
The finished product thus is not flat, but has strong relief. The artist cannot control the entirety of the final
product; and this lack of agency represents the individuality of people, of societies–and also our potential.
Creating these works is about bridging the gap between, on the one hand, one’s current self and the society one
lives in, and on the other, the person one wants to become and the society in which one wants to live. Iida hopes
that through creating artwork in this way, what is expressed in the finished product will be the basis for his future self.