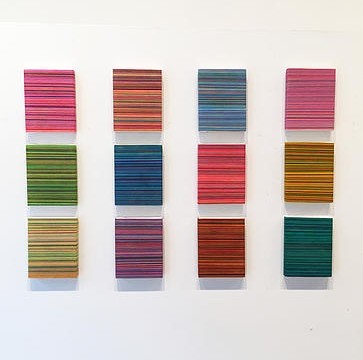 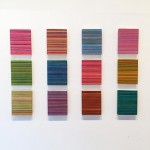 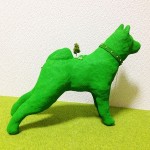 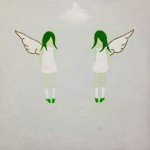 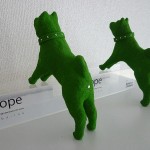 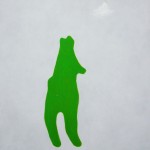 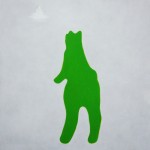 Oodaira’s work illuminates the theme of Hope, and touches on the Buddhist concept of the mantra of “A-UM”.
At the entrance to shrines and temples can be found symmetrical statues of dogs and Nio guardians. These
represent a unique expression of Japanese Buddhism in relation to the ancient sound of “A-UM”, a practice found
in other Asian religions. Each statue of the symmetrical pair can be observed, one with the mouth open (“A”), and
the other with the mouth closed (“UM”) representing Alpha & Omega, Birth & Death, the Beginning & End.
These statues guard the line barrier at the entrance of shrines and temples.
In his artwork, Oodaira is trying to express events experienced in his personal life. In marriage, one person joins
another and they become two, entwined in mutual respect and harmony. And from this unity, children are born and
raised, signifying the theme of Hope. The green turf represents the landscape where a family lives in and the
Swarovski used symbolizes Hope, the power of harmony as the world progresses into the future.