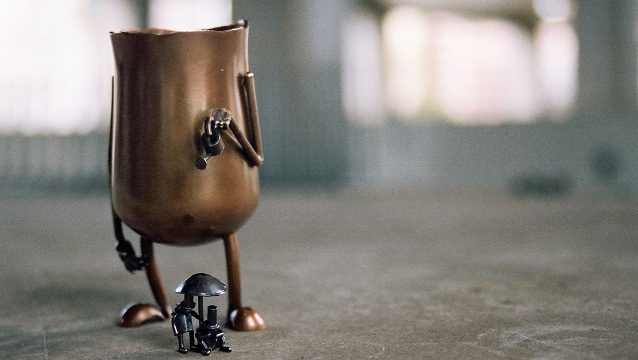 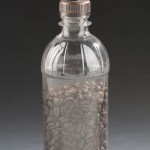 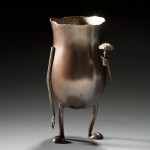 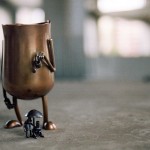 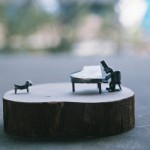 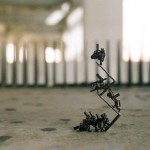 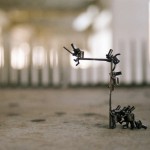 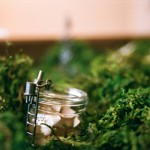 At its core, Koizumi’s work is about opening unusual, humorous lines of communication. Each scenario involving the
figures evokes dark humor, sexuality, and separation, but also the community existing among the figures in the works.
Koizumi believes that art does not always have to be heavy and polemic; it can be light and humorous and his goal in art
is to affect people on an individual and personal level. Because of their size and narrative elements, Koizumi’s works are to
be experienced intimately, and to be enjoyed, played with, and laughed at. They can be a way for people to forget any sadness,
and to enable them to sleep happily every single night.
Metal smithing typically involves sterling silver, brass, bronze, and copper, but Koizumi has elected to use only bronze and copper
in his constructions, the main reason for this being that he very much favors the color of these two metals. Koizumi thinks that metal
generally gives a hard and cold impression, but depending on how one looks at it, metal can also be seen as soft and warm.